What started as a childhood joy has evolved into a lifelong passion for creating functional works of art. Michael's mastery at combining 24k gold and platinum with fine bone china, porcelain, glass and metal is a reflection of his education and experience as both a sculptor and a jeweler. From the cathedrals of Italy to the wind-swept dunes of Cape Cod, Michael Wainwright’s creations draw inspiration from some of the world’s most beautiful destinations.

Michael Wainwright created his first collection of tableware in 1991, the same year he founded his company. He initially sold his wares at street fairs and craft markets, but it wasn’t long before he was discovered by high-end retailers, and by 1995 Michael's collections were being sold in national and independent luxury goods stores across the country. Today, Michael Wainwright has evolved from a one-man operation to a well established presence in the luxury goods marketplace. 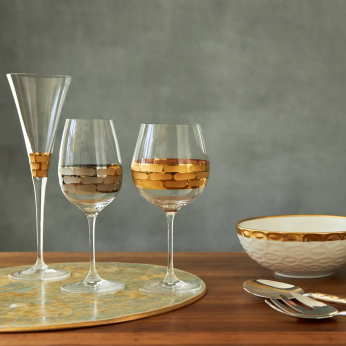 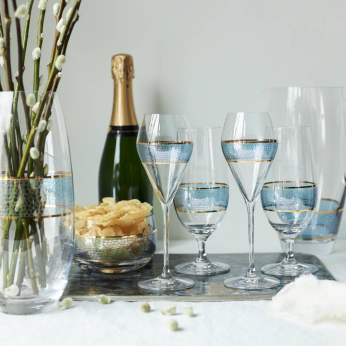 2021 Summer Line ListView Michael's complete collection of tableware, glassware and metal serveware.
Introducing Michael WainwrightRead Michael's story from his early beginnings at local flea markets to selling to some of the best retailers around the country.