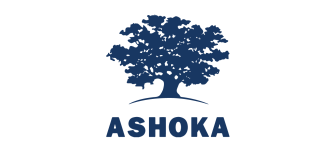 The world is defined by change and requires a new mindset.

Ashoka envisions a world in which everyone is a changemaker:

a world where all citizens are powerful and contribute to change in positive ways.

Ashoka identifies and supports the world's leading social entrepreneurs, learns from the patterns in their innovations, and mobilizes a global community that embraces these new frameworks to build an "everyone a changemaker world."

Read about Ashoka's theory of change for this historic moment, the new inequality, and the new framework that they require.

Ashoka focuses on three strategic priorities to help people understand and adapt to a world of accelerating change, where everyone is called on to be a leader

• Social Entrepreneurship: Ashoka selects world-class social entrepreneurs who are leading the way to an everyone-a-changemaker world.

• Empathy and Young Changemaking: Ashoka is leading a movement to transform how young people grow up so they have the power to lead, to contribute — to be in charge.

• Organizing for Changemaking: Living and working in our changemaker world requires breaking through silos, tearing down walls, and organizing in fluid, open, teams of teams.