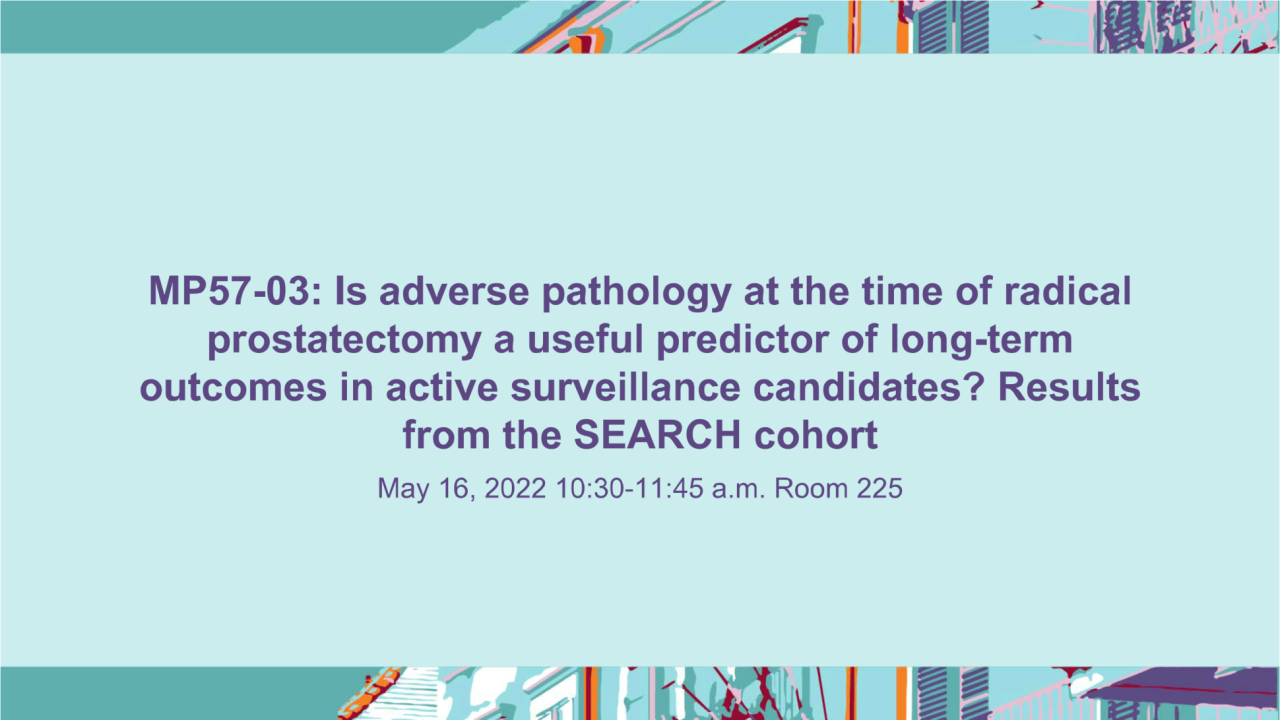 MP57-03: Is adverse pathology at the time of radical prostatectomy a useful predictor of long-term outcomes in active surveillance candidates? Results from the SEARCH cohort


Introduction: In men with low and favorable intermediate risk prostate cancer (PC) considering active surveillance (AS), NCCN recommends considering molecular biomarkers to identify men who are candidates for AS vs. treatment. However, the ideal end-point that these biomarkers should predict is not clear. Several biomarkers focus on predicting adverse pathology (AP), though whether AP translates into worse long-term outcomes is unknown. We tested the association between AP and outcomes after radical prostatectomy (RP) among patients who are recommended to consider molecular testing per NCCN guidelines.

Methods: We retrospectively reviewed data from men undergoing RP from 1988-2017 at 8 Veterans Affairs hospitals. Men who were candidates for AS or treatment were identified using the NCCN low and favorable intermediate risk criteria (low risk: PSA <10 & cT1-T2a & grade group (GG) 1; favorable intermediate risk: <50% positive biopsy cores & cT2b-c or GG2 or PSA 10-20). AP was defined as GG 3-4, >=pT3a, or pN1 at RP. Bivariate analysis was used to compare baseline characteristics between men with and without AP. Cox models were used to test the association between AP and biochemical recurrence (BCR). Kaplan-Meier curves and log-rank tests were used to test the link between AP and BCR, metastasis, castration-resistance prostate cancer (CRPC), and prostate cancer-specific mortality (PCSM).

Results: 981 men met the enrollment criteria of which 321 had AP. Men with AP had higher PSA and were more likely to have GG2 (vs GG1) on biopsy. Median follow up was 6.6 yrs. In multivariable analysis, AP was associated with an increased BCR (HR 2.6, p <0.001). Though men with AP were more likely to have metastasis, CRPC, and PCSM (Figure), the absolute risk of these events at 15 years even in men with AP was low (7% for metastasis, 5% for CRPC, 4% for PCSM).

Conclusions: AP is a reasonable intermediate end-point correlated with worse PC outcomes. However, the fact that men with AP still had excellent long-term outcomes speaks to both the low event rate in this population and the need for better predictors of metastases, CRPC, and PCSM. 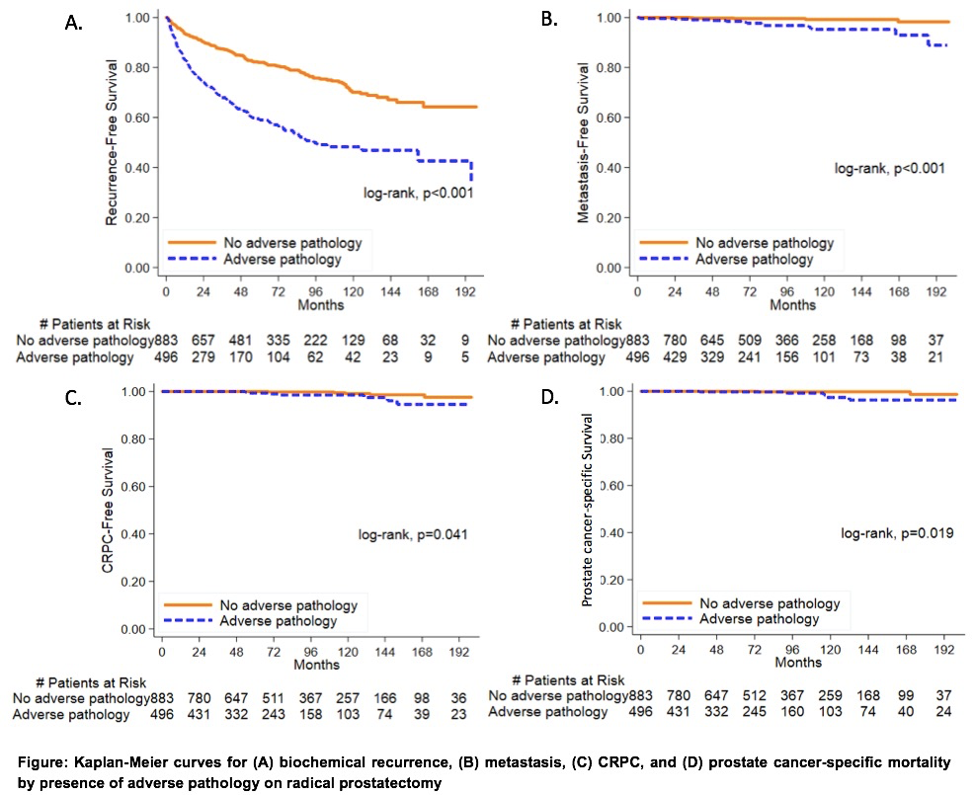