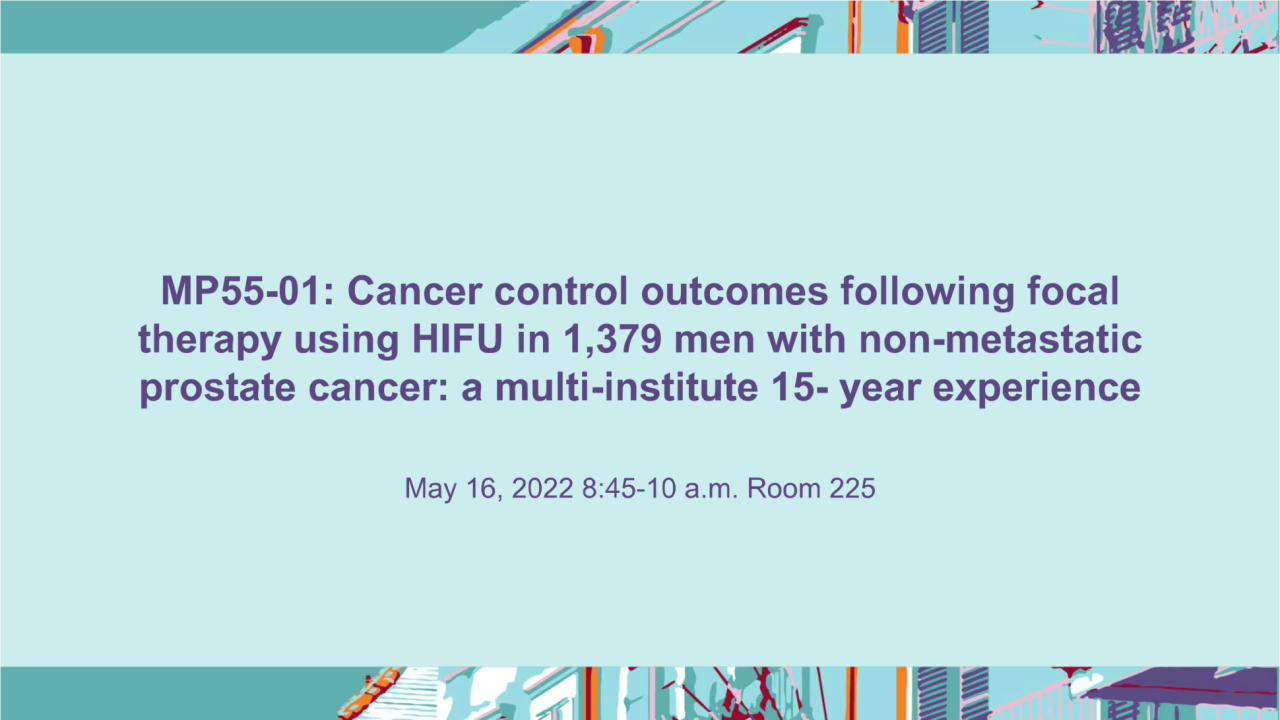 Conclusions: Focal HIFU in carefully selected patients with clinically significant prostate cancer, with 6 and 3 in 10 patients having intermediate and high-risk cancer, has good cancer control in the medium term.

Source of Funding: This study had no external funding sources