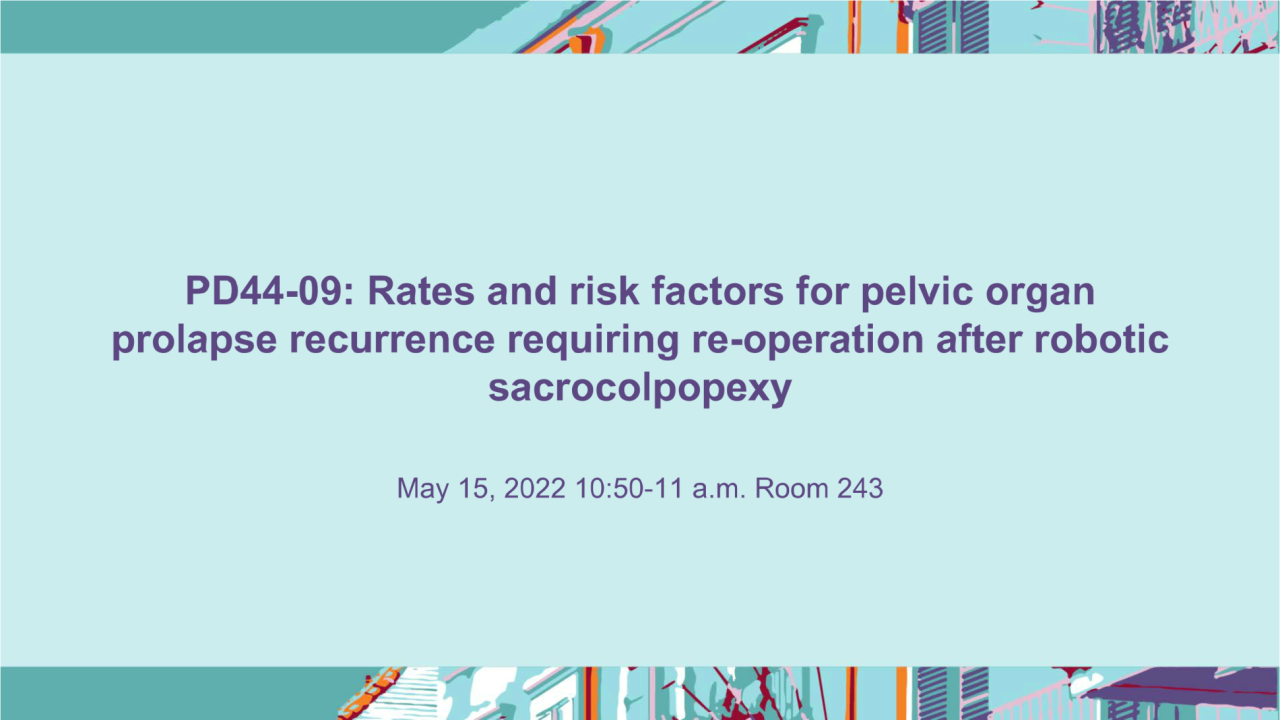 
Introduction: Reoperation for recurrent pelvic organ prolapse (POP) after robotic sacrocolpopexy (RASC) is reported to be approximately 5%. However, current studies are constrained by small sample sizes, with limited follow-up periods. Given that RASC is considered the new “gold-standard” durable POP repair due to the recent vaginal mesh controversy, we sought to assess rates and risk factors for repeat surgery after RASC in a large population-based dataset with long-term follow-up.

Methods: All women undergoing RASC in California from 01/2012-12/2018 were identified from the Office of Statewide Health Planning and Development datasets using appropriate ICD-9/10 and CPT codes. Demographics, concomitant procedures, and future procedures for POP (anterior colporrhaphy [AC], posterior colporrhaphy [PC], apical repair [AR]) were identified. Univariate and Multivariate associations were explored between the above factors and repeat surgery.

Conclusions: Reoperation rates for recurrent POP after RASC was 5.4% in this large population-based cohort study, which is consistent with the literature. While concomitant AC was associated with future repeat AC, concomitant PC was protective against future repeat PC, suggesting a low threshold should be held for performing PC at the time of RASC. 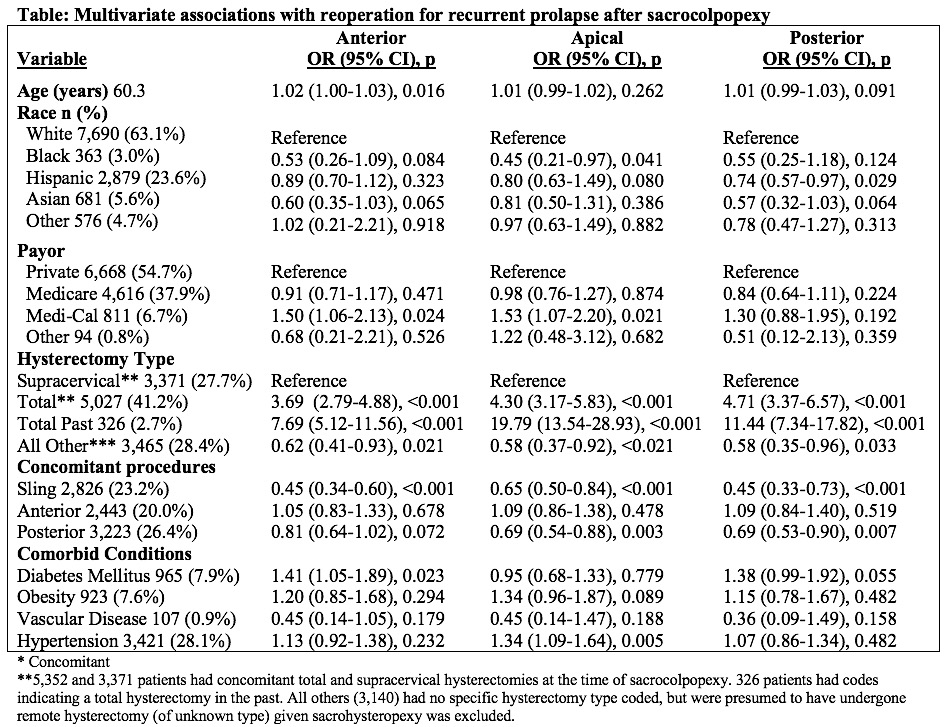