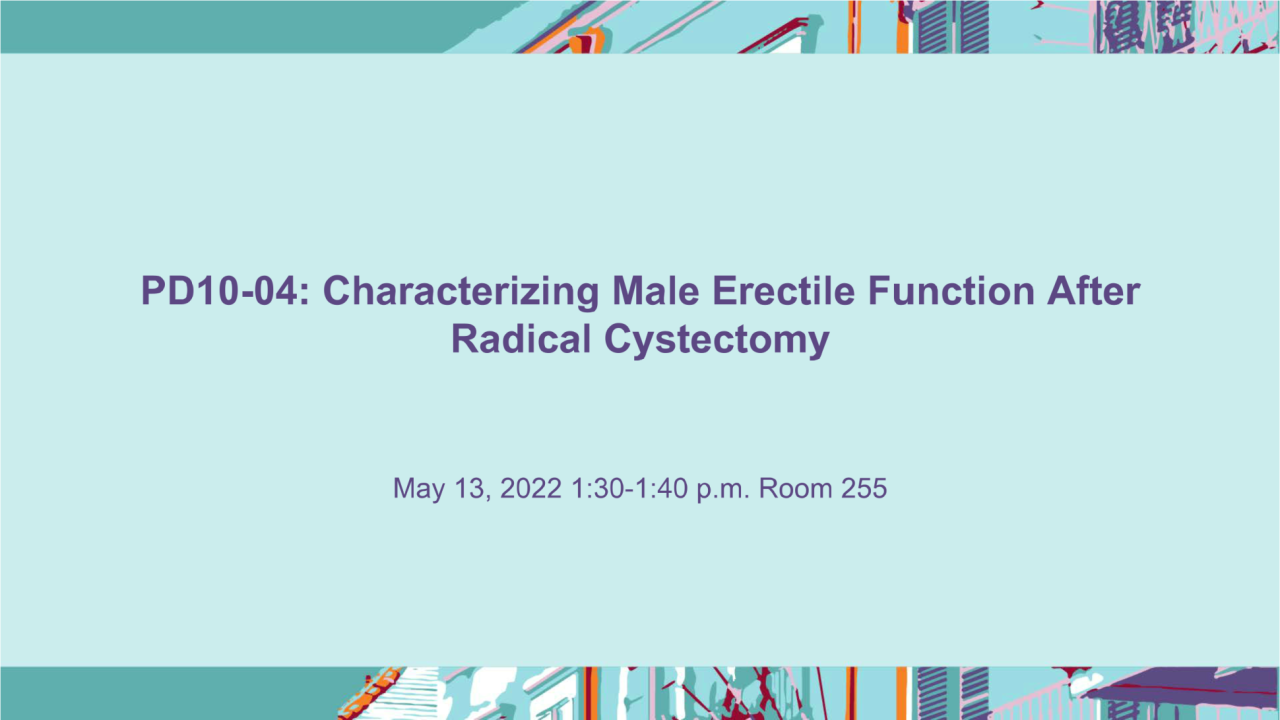 
Introduction: Radical cystectomy (RC) is understood to have a large impact on sexual function, but long-term outcomes and the impact of preoperative function have been poorly characterized. Our objective was to examine the natural history of male erectile function (EF) before and following RC.

Methods: Male patients participating in a single-center, prospective, non-randomized study of patient reported quality of life that accrued between 2008-2014 were analyzed. Patients completed the International Index of Erectile Function (IIEF) at their presurgical visit and 3, 6, 12, 18, and 24 months post-RC. Baseline differences between orthotopic neobladder (NB) and ileal conduit (IC) patients were separately analyzed based on significant surgical selection bias. Using established erectile dysfunction (ED) severity definitions for the IIEF, patients were categorized into “severe ED”, “mild-moderate ED”, or “no ED” at baseline and post-RC. We were interested in recovery of EF in patients with no preop ED and examined EF in this cohort over time.

Source of Funding: This work was supported by the Sidney Kimmel Center for Prostate and Urological Cancers and the NIH/NCI Cancer Center Support Grant P30 CA008748